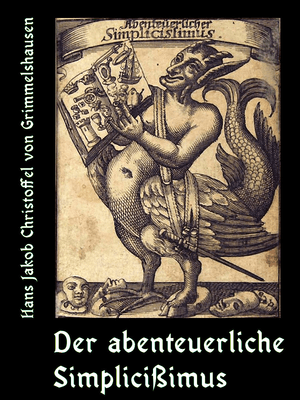 Simplicius Simplicissimus (German: Der abenteuerliche Simplicissimus Teutsch) is a picaresque novel of the lower Baroque style, written in 1668 by Hans Jakob Christoffel von Grimmelshausen and published the subsequent year. Inspired by the events and horrors of the Thirty Years’ War which had devastated Germany from 1618 to 1648, it is regarded as the first adventure novel in the German language and the first German novel masterpiece. The full subtitle is “The life of an odd vagrant named Melchior Sternfels von Fuchshaim: namely where and in what manner he came into this world, what he saw, learned, experienced, and endured therein; also why he again left it of his own free will.”

Be the first to review “Der abenteuerliche Simplicissimus” Cancel reply